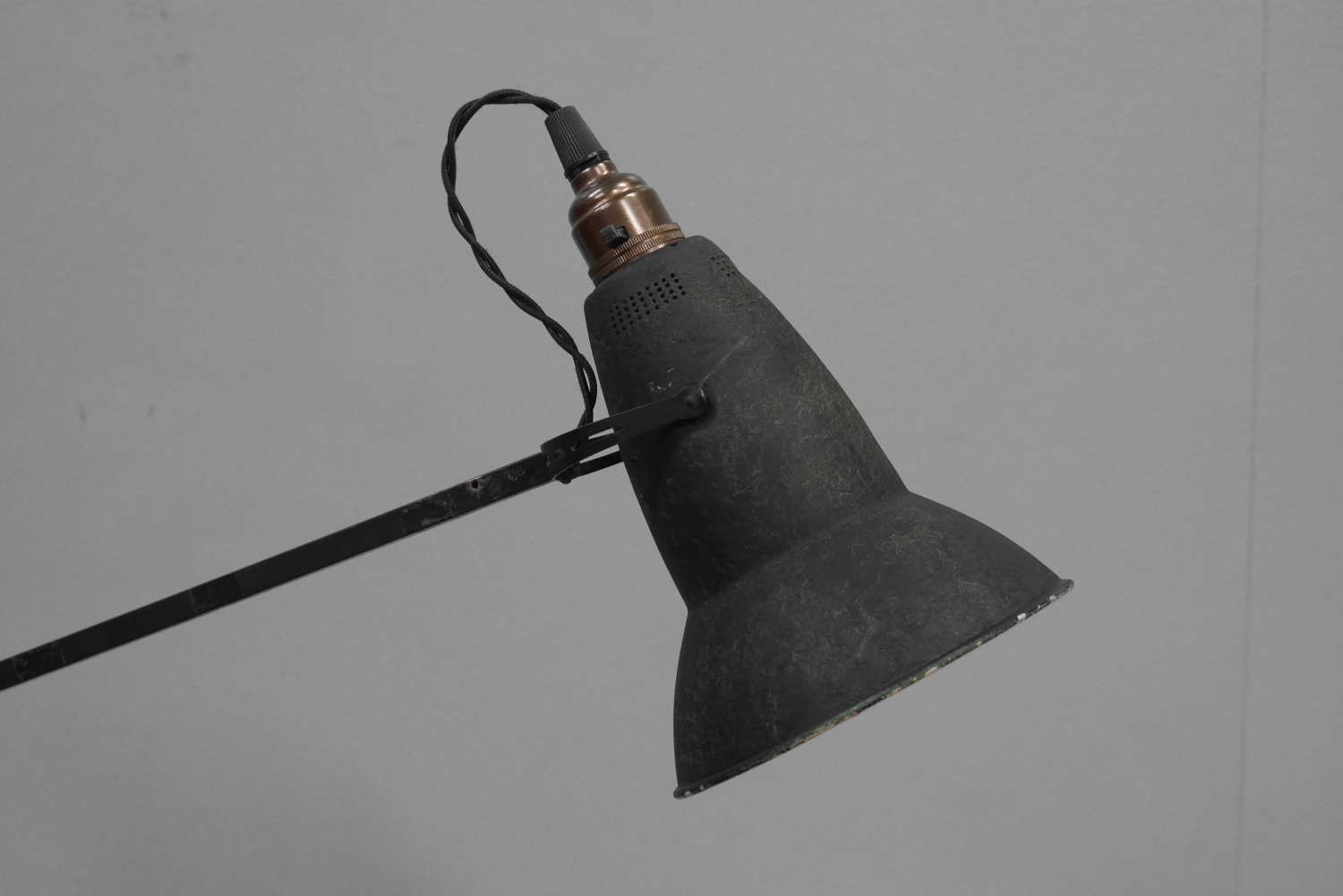 An original early vintage Anglepoise 1227 lamp by Herbert Terry & Sons.
A good honest example of this iconic lamp & a scarce earlier model, which was where it all began for the iconic Herbert Terry 1227 or 'two step' lamp. Production started in around 1938 & this 'crossover' model featured elements from both the slightly earlier 'three step' & later 'two step' models. The slimmer profile, perforated shade, heavy duty arms (as opposed to later lightweight aluminium), simple, 'un-capped' springs & 'wrinkle' finish paintwork to the base & shade set this lamp apart from later models.
An exceptionally original example, wired in twisted black flex.
c1939
Wear commensureate with age as pictured, cosmetically unrestored, inner shade historically overpainted, a genuine, unmolested early 1227. The lower arm has one bolt replaces with a threded wire, this could be improved but doesn't affect function or aesthetics.
Height measurement of 65cm is taken in the classic position.
UK courier service available at £15 tracked & signed for 24 hour delivery.
All electrical items should be checked and / or installed by a qualified electrician prior to use. 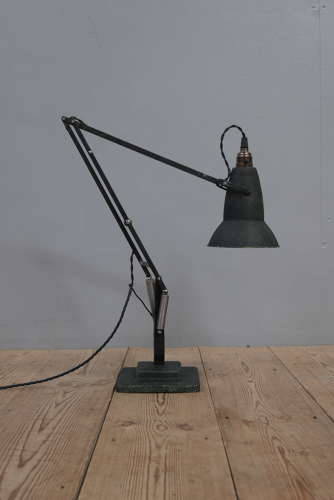 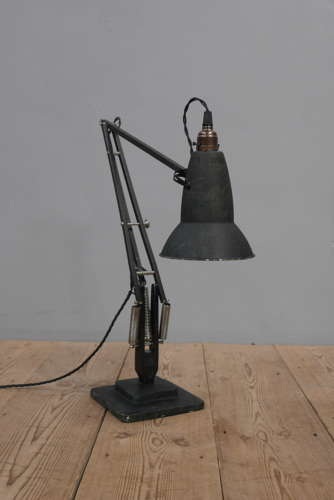 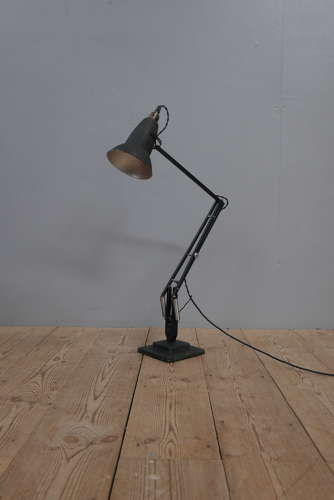 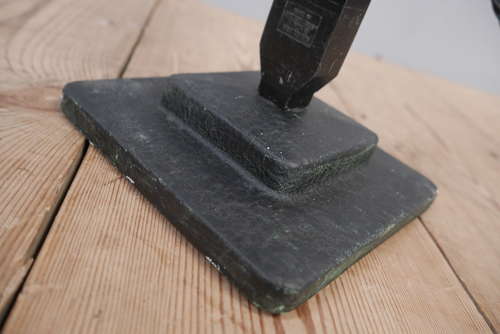 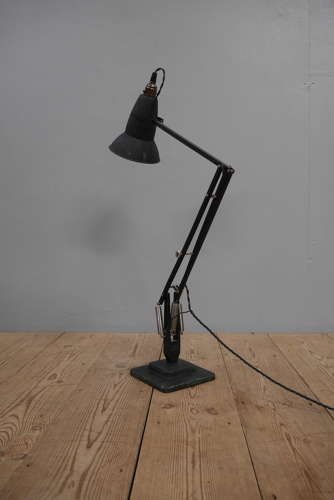 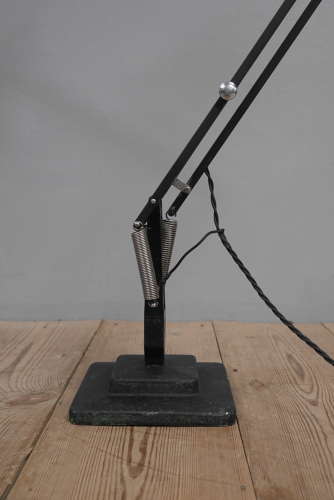