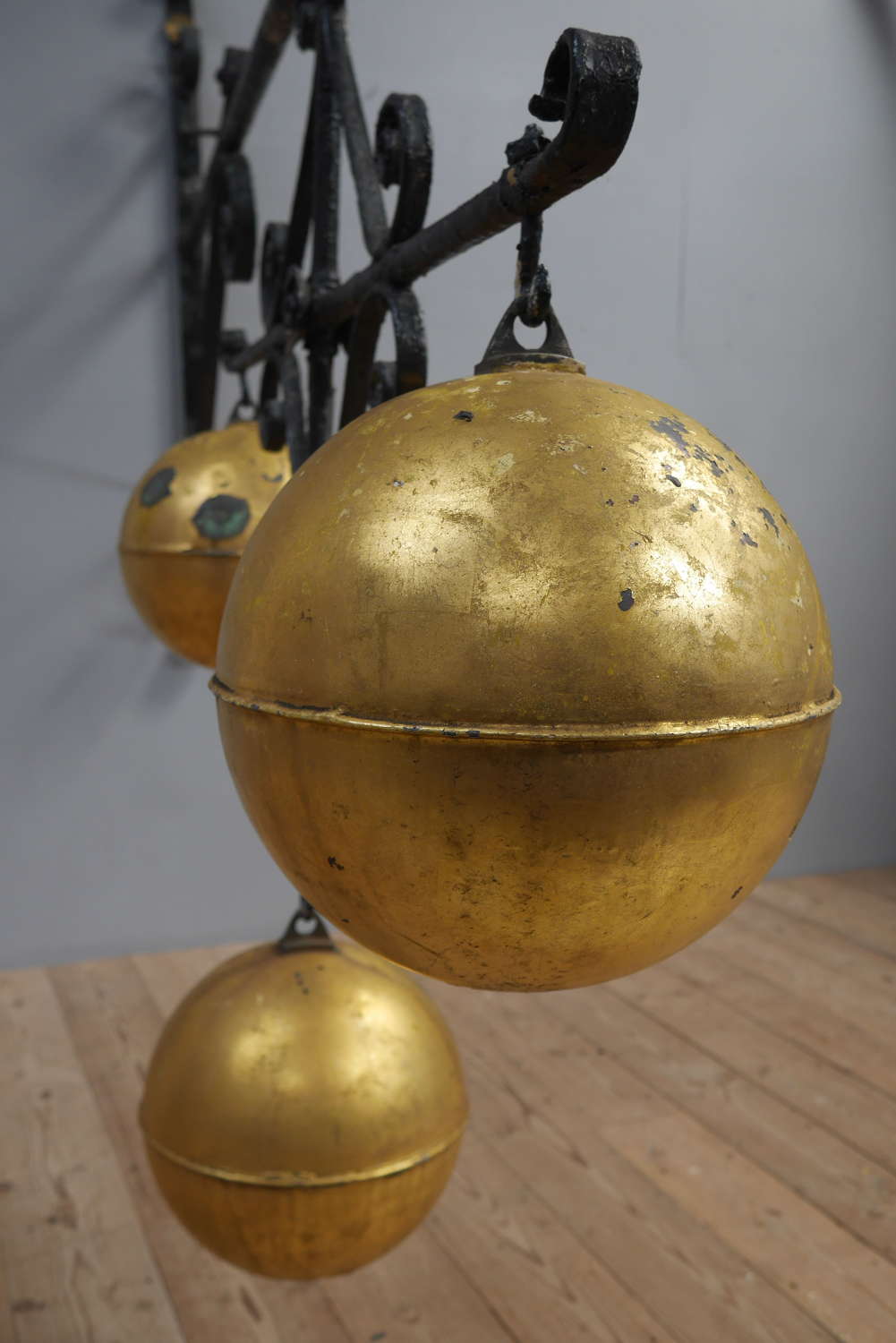 A monumental 19th century pawnbrokers trade sign.
A phenomenal & exceptionally original example of grand scale, the iconic trio of golden spheres suspended from the wall bracket, all in original finish. The balls are in copper finished in the original gilt retaining excellent colour & the bracket finished with rose detailing & in original layered paint.
Legend has it that the pawnbrokers 'balls' were originally three flat golden 'coin' effigies laid apon a sable field but were later converted to spheres to attract attention. The symbol has also been attributed to St Nicholas, the patron saint of pawnbrokers, who was said to have given a poor mans three daughters each a bag of gold so that they could get married.
A spactacular example.
19th century
Wear commensurate with age, totally untouched, plenty of wear & tear, no notable damage. Measurements above refer to the sign assembled, the balls are removable & meaure approx 30cm across.
UK courier service possible, please enquire for details. 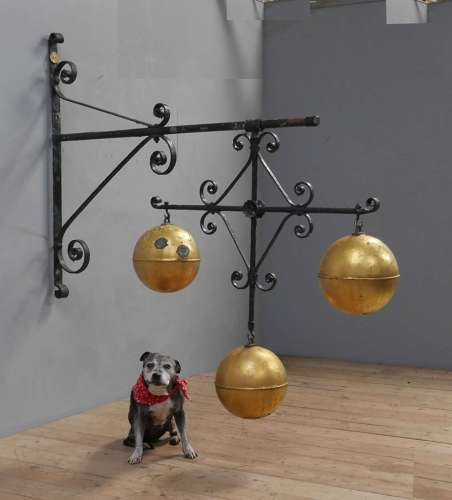 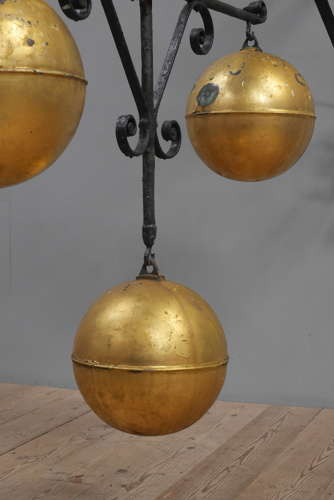 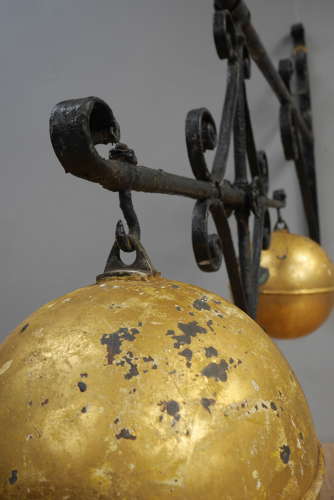 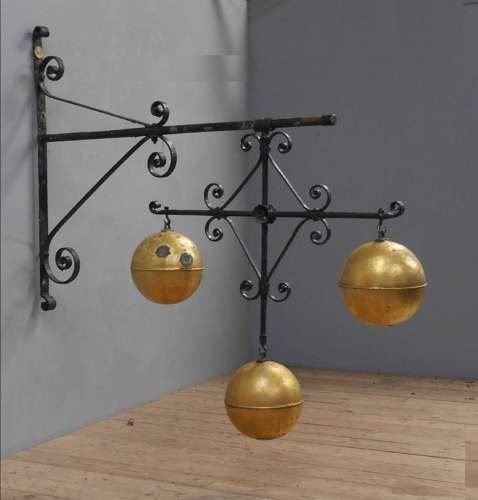 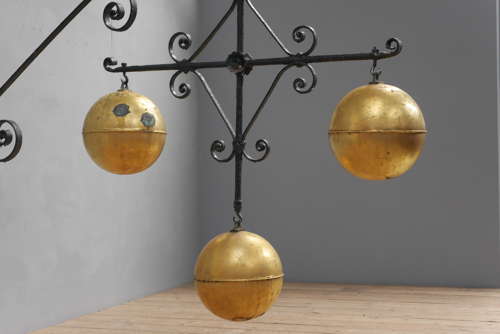 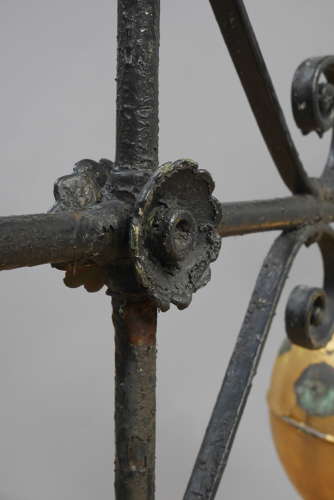 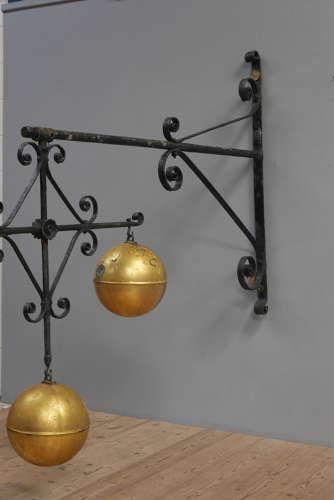 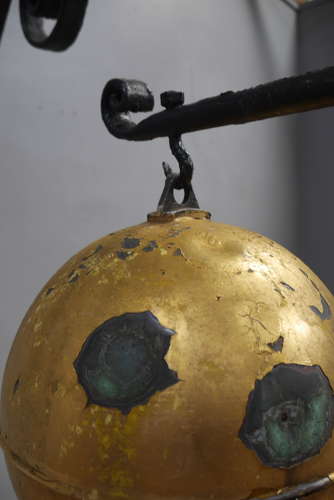