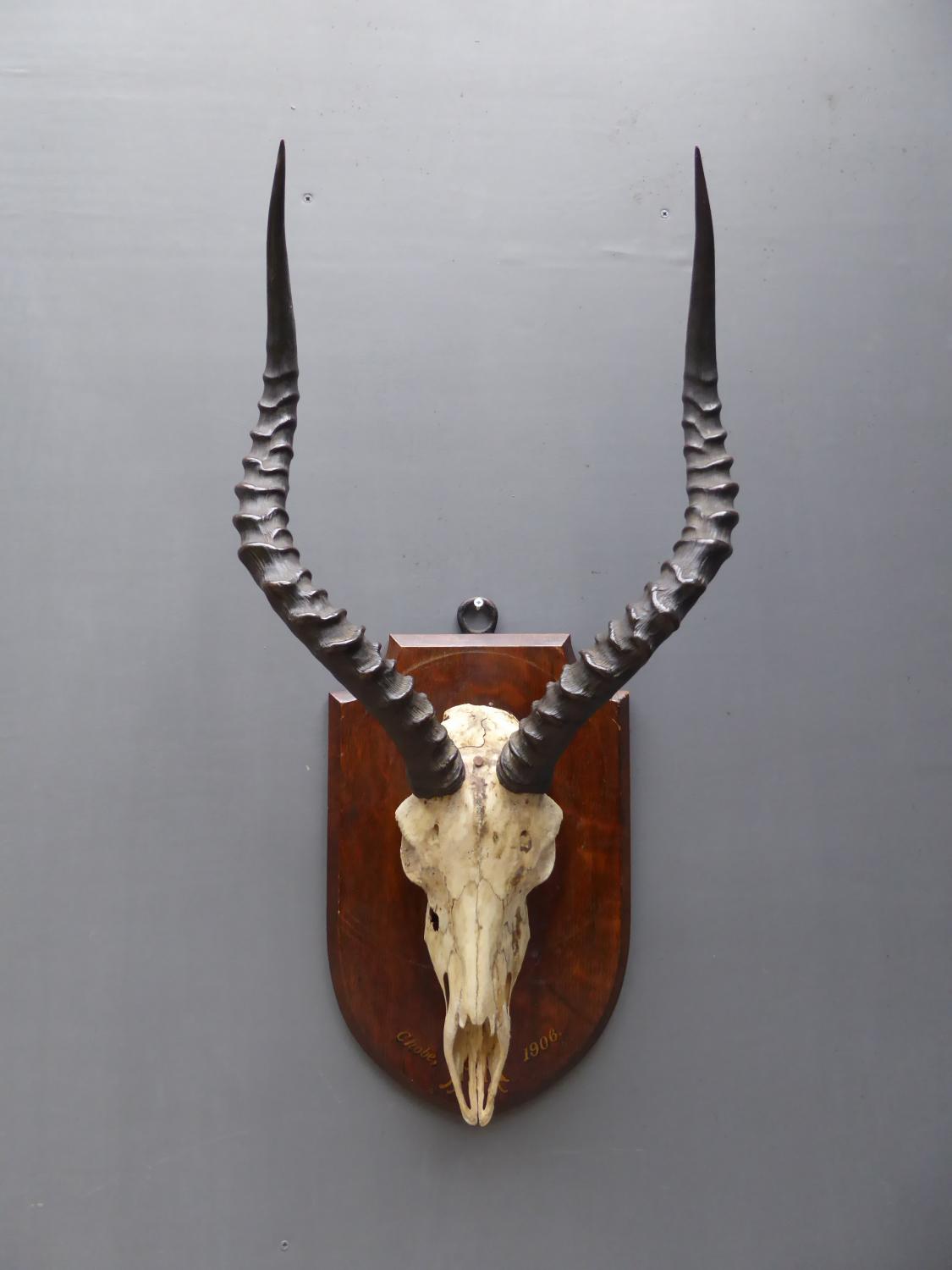 A beautiful rare & uinique antique taxidermy Imapla skull & horns by the iconic Edward Gerrard. A stunning mount, the impressive skull & it's symmetrical horns with a wonderful texture & patina mounted on a solid oak shield embellished with a wonderfully detailed gilt monogram & 'Chobe, 1906'.
A beautiful piece.
Edward Gerrard or Edward Gerrard & Sons as it later became known ran from 1850 to 1906 & was based in Camden Town, London. The firm specialised in preparing anatomical skeletons & specimens for teaching purposes & Edward Snr became the resident taxidermist at The Natural History Museum during the late 19th century. During this period he became good freinds with & mounted specimens for Charles Darwin.
Wear commensurate with age, the piece displays beautifully but has sustained some damage & had some historic repairs over the years. It has probably 'had a fall' at some point & been re-mounted, the top rear and side of the skull has been cracked & naively repaired though remains secure & there are some marks to the shield. Neither spoil it once wall mounted.
UK courier service available at £15 tracked & signed for 24 hour delivery. 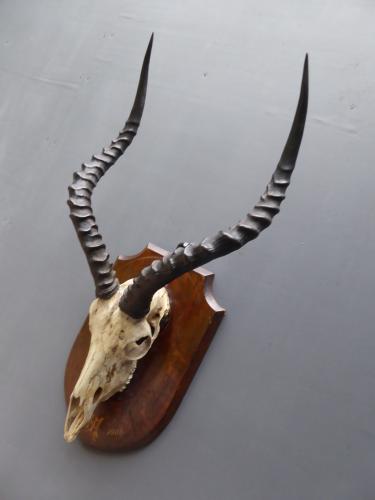 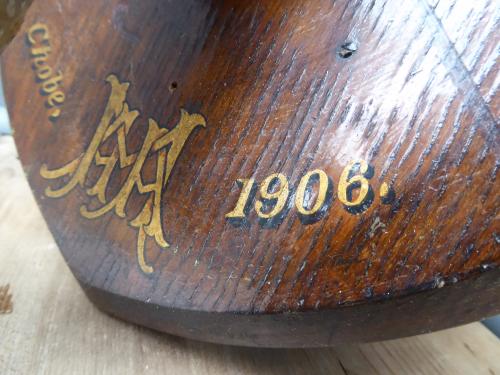 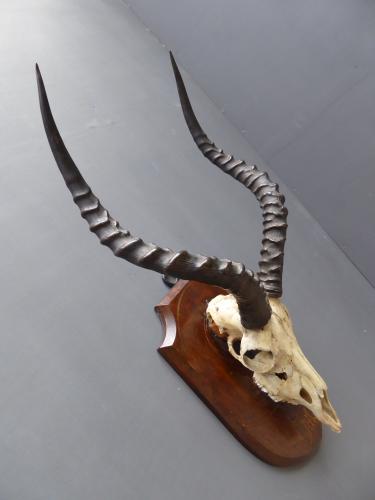 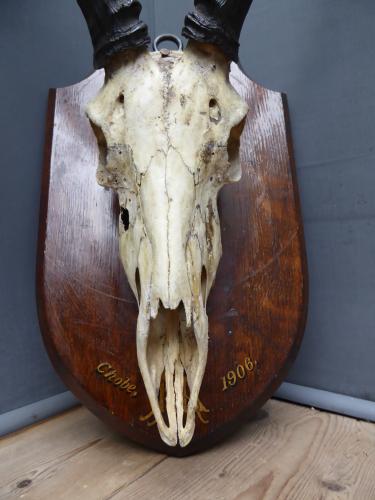 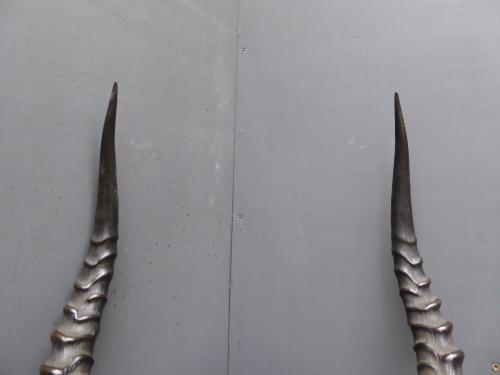 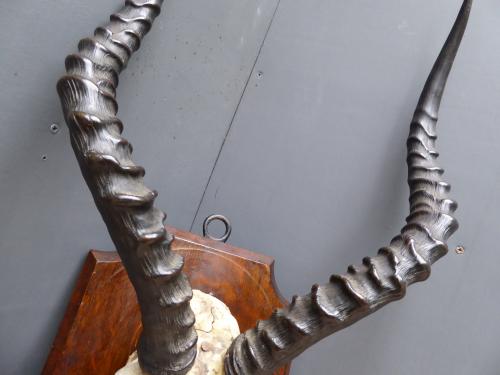 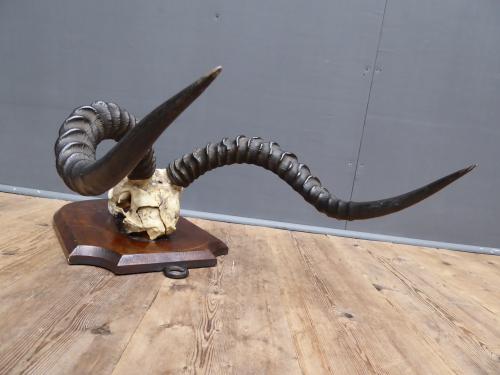 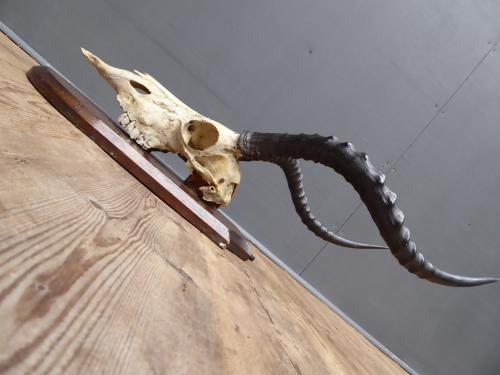 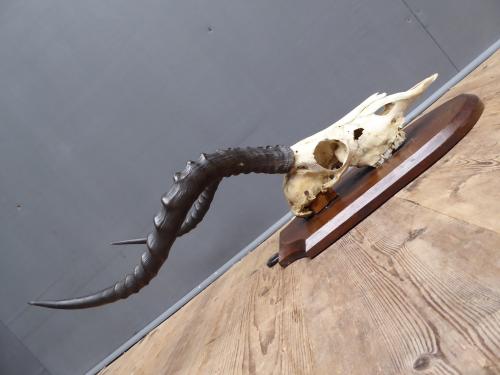 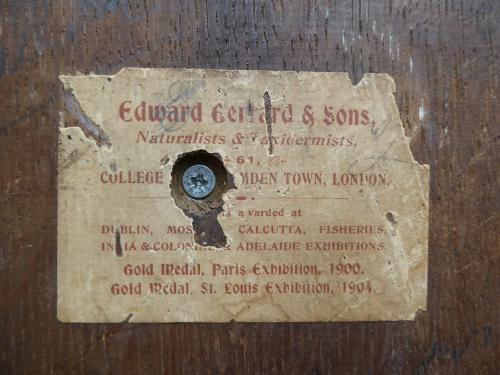 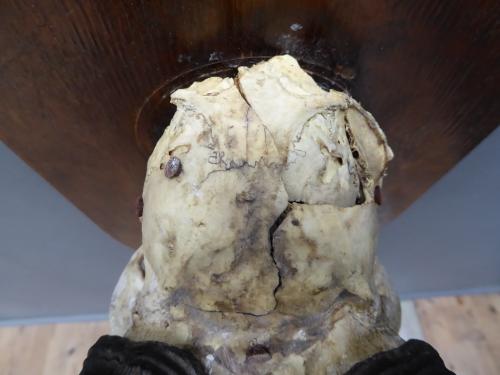