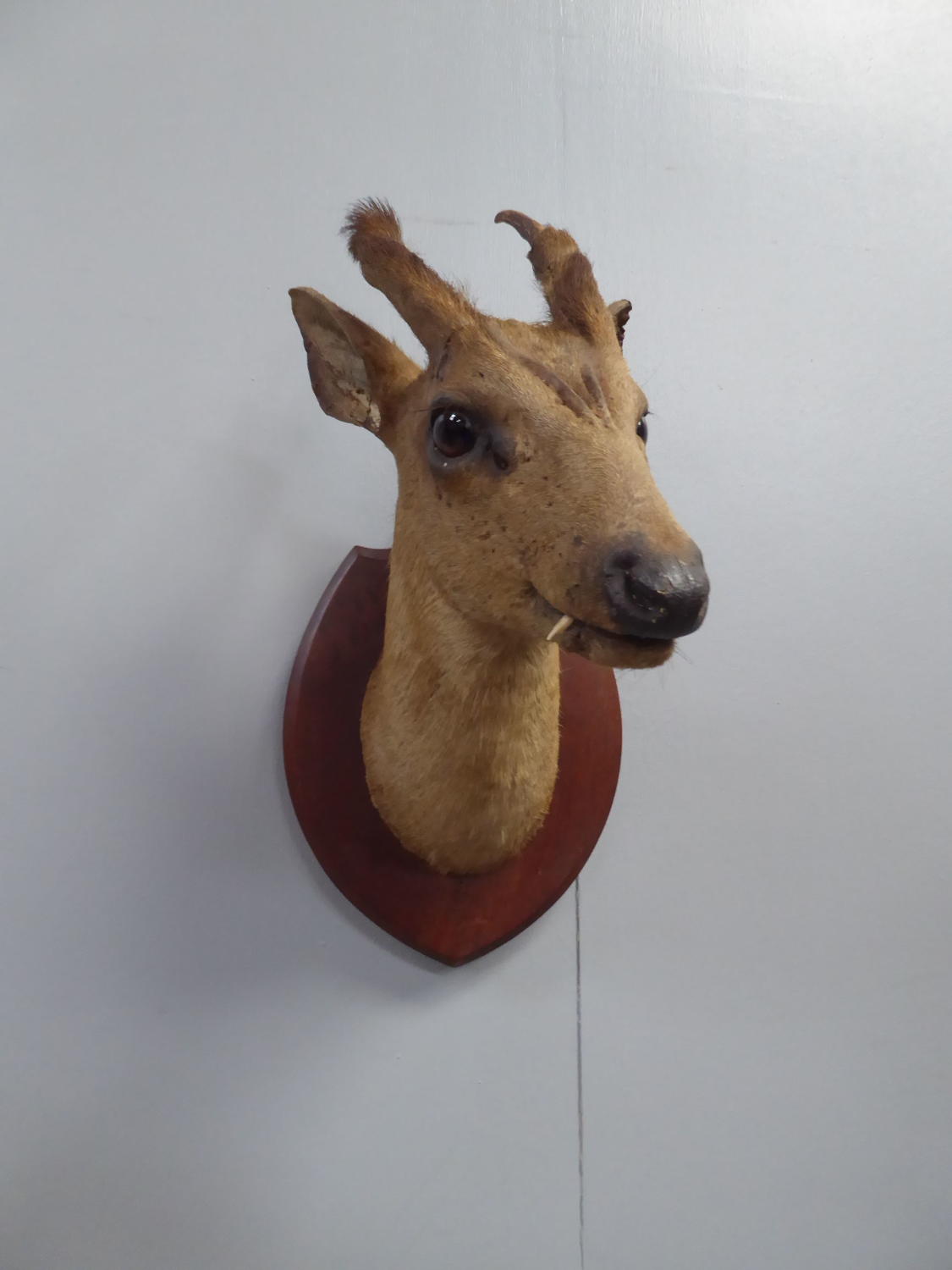 A rare antique taxidermy muntjac deer by Theobald Brothers of Mysore.
An exceptional mount by one of the more elusive high quality taxidermy outfits, Theobald Bros of Mysore, India. The comparatively large muntjac head perfectly executed & mounted on a solid mahogany shield, typical of Theobald Bros & finished with its original pressed metal plaque & stencilled serial number to the rear. A rare survivor from the colonial era & a wonderful display piece.
Late 19th century
Little is known about the history of Theobald Brothers other than along with Van Ingen & Van Ingen, they created some of the finest taxidermy to come out of India during the colonial era. Their services were very sought after among the 'big game tourists' of the time & their work can be found in museums the world over.
Wear commensurate with age, good overall, untouched original condition with a some loss to the plaster covering the inside of the ears.
UK courier service available at £13 tracked & signed for 24 hour delivery. 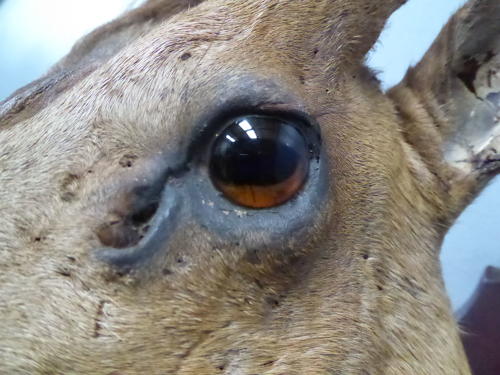 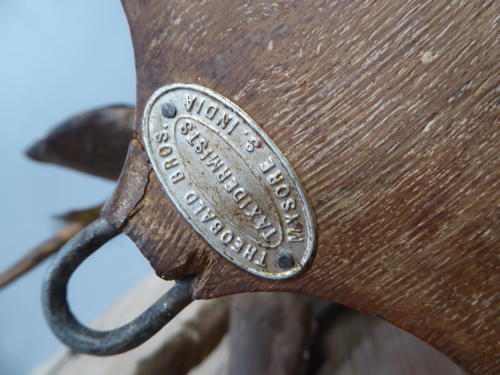 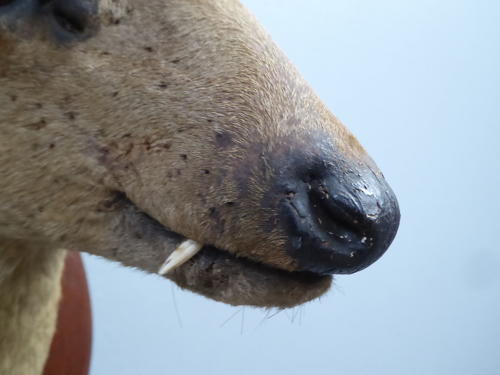 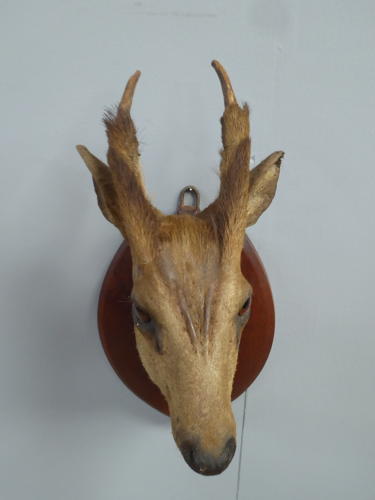 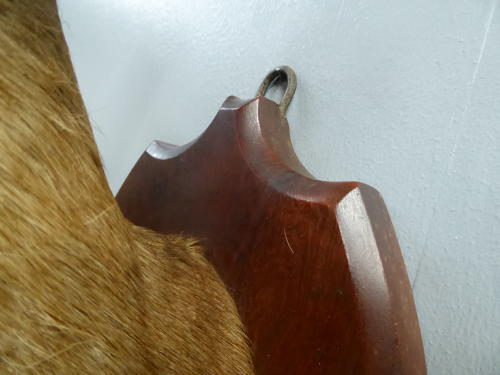 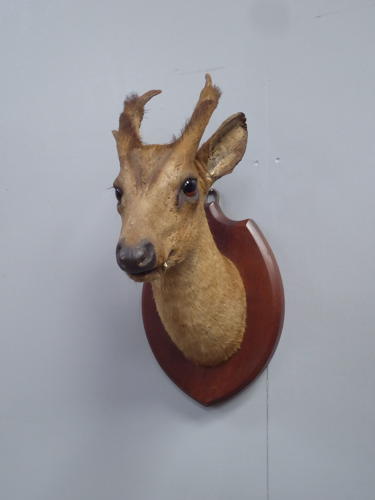 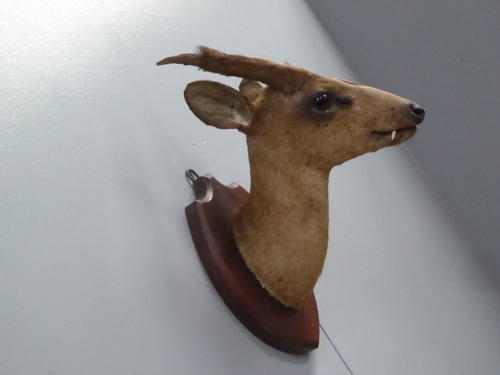 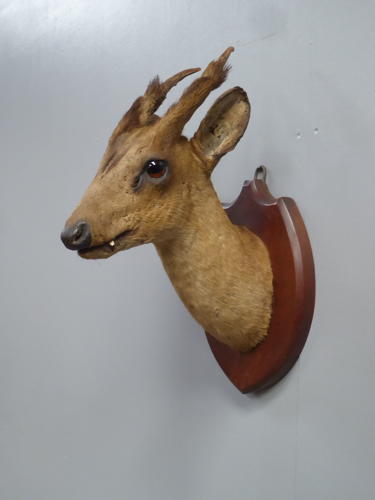 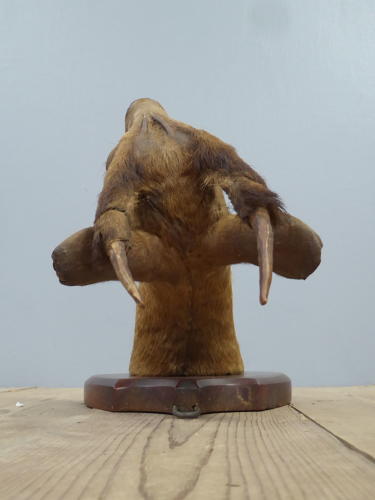 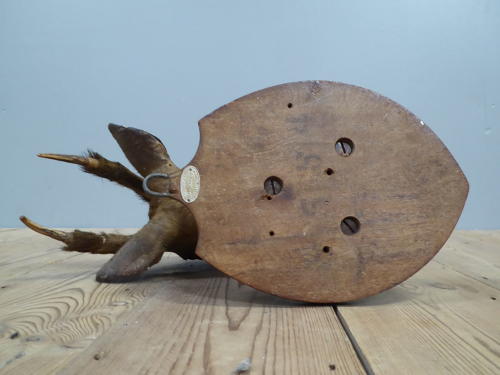